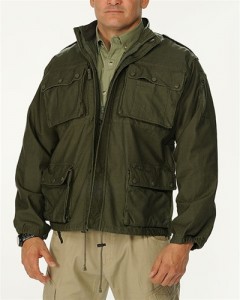 The French Foreign Legion was created in 1831 as a means to train foreign nationals for war. In the 19th century, the French continued to compete with their traditional military rivals, the British. Whereas past battles had been waged over territorial rights in Europe, it was now the era of colonialism. In order to shore up their hold on Algeria, Morocco, Indochina, Vietnam and other smaller settlements, the French put their trust in the legion.

Legionnaires were a hardened bunch of warriors, and they learned to adapt to long periods without decent food or medical supplies. They were always prepared to fight in adverse conditions, which meant they wore their tactical jackets almost constantly. Eventually not even the legionnaires could save France from the corruption and bad public relations that undermined its global empire.