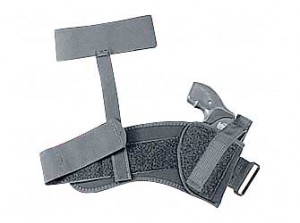 I was trying to think about how to describe the situations that many in the 20-40 age range tend to deal with in the summer months that they don’t normally deal with when carrying.    I’ve found it very difficult to carry a fiream to weddings because there is usually so much human contact from dancing to pats on the back and hugging.    Many reading this might think it is not a concern at all, but you have to realize that not every social environment is going to be gun friendly and considering that there is usually heavy drinking, it is something to think about not bothering to carry.

The biggest issue that I always dealt with when going to weddings was not being there and what gun to carry, but driving through urban environments where it’s a good idea to be carrying.   I think I can name more robberies that occurred to friends when they were dressed up and going out to dinner.   That’s when women are wearing jewelry and when guys are carrying more cash than normal.   The problem is that carrying IWB or OWB is virtually impossible.   Pocket carry is probable the most practical but there is another option.   Ankle holsters are very good for driving situations, but not very good for walking around too much.   Some of the gun holsters that I have tried all varied.   The best I’ve found was the Uncle Mike’s ankle holster.   You really have to make sure you are carrying a lightweight firearm though.  You will feel uncomfortable if the firearm has much weight because it may feel like it’s sliding down  your leg even though it’s not.