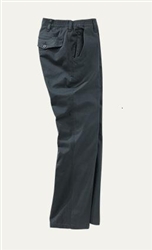 I am now staring out the old Woolrich Elite CCW pants in style 4910 and the Eotac Style 204 pants and wondering why they disappeared and fell of the face of the earth when there is practically nothing else out there like them.   These were two of the biggest selling pocket carry CCW pants and since guns like the Ruger LCP have become so popular what kind of CCW pants do you where anymore?  I am very fond of the Tru-Spec 24/7 pants as far as comfort, but the pocket locations are a dead giveaway that you are carrying gear and probable a gun.

The Style 204 and 4910 pants were nice, but the back pockets were large enough to hold a 20oz bottle of water that it was also a giveaway that pants stored a lot of gear.   Not the Woolrich Elite Chinos, these pants look like they were bought out of a mens apparel store and you really have to take a close look at the hand pockets to see the tiny zipper that opens them up.   The zipper is very close to the Tru-Spec 24/7 pants but very much a CCW pant. They are not baggy like the 204 or 4910 pants so don’t expect them to be like that, but they will fit like normal pants do.

Not only has there been a huge a huge order submitted to Trijicon for the ACOGs, the USMC has now officially adopted the Blackhawk Serpa holster as the official USMC gun holster.  Well, I have to say this,  I’ve been  one step ahead of the most powerful military in the world since I have personally already adopted the Blackhawk Serpa as the official gun holster for Rogue Elite employees.   When it comes to working, running and as the military knows, fighting a war, losing a firearm or having it fly around is a bad idea.  Velcro and gun straps are hard to re-engage under stress and the Blackhawk Serpa design isn’t.

Keeping  your finger off the trigger until you are ready to shoot is one of the basic firearm safety rules and the holster designers at Blackhawk knew this.  When you are drawing you gun from your Blackhawk Serpa holsters, if you are practicing your basic firearm safety rules, you will easily be able to release the firearm from it’s holster.   Locking it back into place means just dropping it into the holster.   There are also easy ways to modify the firearm on your leg, belt or vest and the Blackhawk Holster platform gives you a spot for  holster or for carrying more gun magazines.