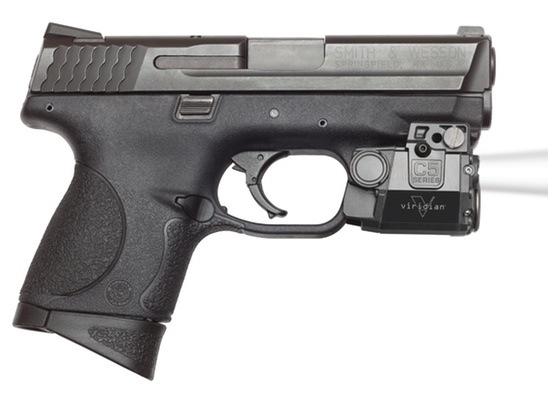 We’ve seen a huge surge in customers looking for night sights and lights for handguns.   There’s good reason for this and night sights and high definition sights have greatly improved and many of them are great for even daylight.   When it comes to lasers, there are still some people frown on putting lasers on Glocks or Sigs or whatever it is they have in their home, but there’s nothing wrong with it or inhibiting if you train to use it properly.   Even though I’ve seen the difference between green lasers and red lasers at distances, for handguns, I don’t see much difference due to the fact you are at much closer ranges.

Lasers can build confidence for less trained shooters but I’ve found learning to point and shoot works if the student has the time to hit the range with me.  Viridian lights and Lasers have been around for a long time but I don’t know as many people that use them as much as I know Crimson Trace.   They have a broad enough product line for the majority of Glock handguns like the Glock 26, Glock 27,  Smith & Wesson M&P Shield and Sig 238 so they are obviously marketed towards Concealed Carry.  We have several Special Forces customers that said they are using the laser light combos on their Glock 17 handguns and claim that 224 Lumens is optimum for the work they do.   Not everyone needs the laser light combos so if you have night sights already and just want the laser, definitely check out Viridian Lasers