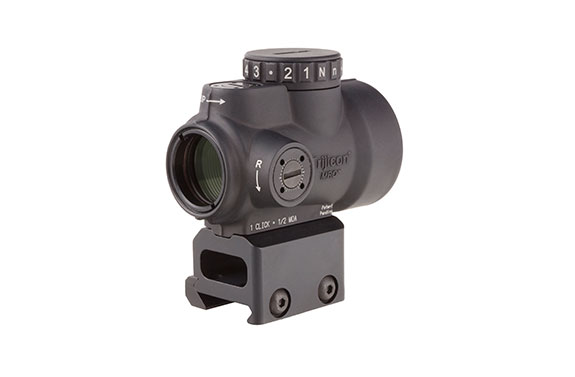 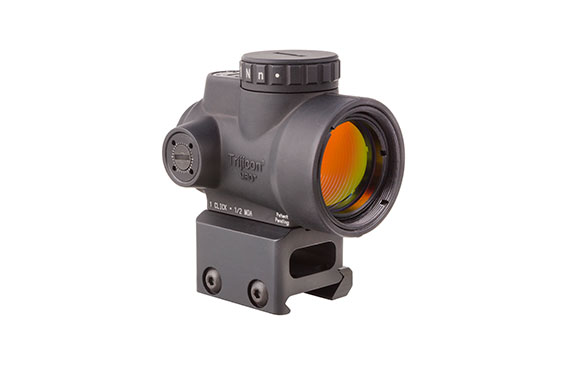 We’ve been carrying the Trijicon MRO Red Dot optics for almost a  year.   When they first came out we were shocked by the fact that we didn’t have “sticker shock” compared to the rest of the Trijicon product line.   Ever since the Eotech lawsuit last November, everyone seems to be looking for something else, I can tell you it’s been almost a year since someone called me on the phone and asked if we sold Eotechs.  I still have no idea what’s going on with that company since the lawsuit.    All I can tell you is that Vortex, Aimpoint and Trijicon MRO sales have been through the roof and I would have to say that all 3 of those I just mentioned are excellent red dot optics.

Do you need night vision compatibility? Most people don’t.  Do you want 3 year or 5 year battery life?  Then we’ve narrowed it down to Trijicon and Aimpoint.  Do you want something that doesn’t make you feel like you are looking through a rifle scope?  Then you’ve arrived at the Trijicon MRO red dots.  The MRO stands for Miniature Rifle Optic and it really is a smaller version of the Trijicon ACOG housing.  Since we have so many competition shooters and see what they are using, this optics wider field of view usually means improved speed.    There are plenty of mount options available from Larue, Bobro Engineering and also the low, 1/3 Co-Witness and Absolute Co-Witness that Trijicon Inc. offers.    We have seen so many Law Enforcement switch from Eotech to Aimpoint and Trijicon that, that’s pretty much what we tell people they should be considering.