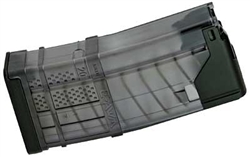 In any industry there may be multiple products that can work well with very minor differences.   We’ve gotten a lot of feedback in recent years about various products being used in Military, Law Enforcement and competition sports.    There are some really good shows on 3 Gun Nation and even Personal Defense TV,  and one of my favorites, Larry Vicker’s Tac-TV where you get product reviews and see what and how things are being used.   Things like Maglinks and Couplers can make your gun very heavy and for personal defense a bit too bulk but it will speed up your reloading time and for entry personnel cutting a second in half means living, cutting a second in half in competition means winning.   One suggestion I have is to not do too much mixing and matching with firearm magazines and accessories.   Most magazines can be fixed but magazine rotation is very important even if you aren’t shooting a lot.   I first learned of this with a 1911 where I noticed my recoil spring was getting very sluggish and after I replaced it some of the magazines I owned didn’t cycle so well because the timing was off between the older magazines and the brand new recoil spring.

I’ve been on firing ranges enough to know that you gotta test ALL of your magazines out before you rely on them.   Recently I was at a competition event where I used my Magpul Pmags in a friends suppressed M4 and the gun jammed on me, it was also a royal pain to get the magazine out because the magwell was not in the same specs that my AR15 rifles were in.   He was running Lancer Magazines so I ended up using his to complete the training.   There are so many manufacturers of AR15s out there that even if it’s a well made firearm, the magazines you run in it could be made in different factories, different years, different material or design changes and you should expect perfectly accurate manufacturing from year to year.   It’s just a reality about manufacturing and why products have time stamps on them.   When I wear out the magazines I own I wouldn’t hesitate to jump on the Lancer magazines but I’m going to still test run them all on all of My AR15’s before I rely on them.