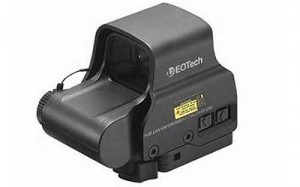 I personally can’t trash Eotech sights or Trijicon or Aimpoint.  There are a few other optics that I have personally worked with that are moving  up to that category, and that’s just my personl opinion about worthiness.   I haven’t spent time in the Canadian Military, Russian Military or Royal Forces to talk about what they are using, but durability means its going to last.   When I look at all of the internal technological changes that many of these optics have had, even a good design, when fielded, will have its weak points.   Just think about how much of an improvement the M14 was over the M1 Garand, but as soon as the M14 was fielded in Vietnam, the M14 stocks swelled and just didn’t hold up in that climate that changes needed to be made.   There are plenty of arguments about how bad the M16 did in Artic testing so don’t think desert warfare is the same as Artic.  Even snow speeders had trouble adapting to cold.

Remember that trying to have a perfect cheekweld in real world conditions isn’t always possible, cutting corners, climbing stairs and running full speed is something you might want to do, movement is important to survival and the Eotech Sights have a very unique holographic gun sight.   It’s not a dot that you can easily loose track of depending on it’s brightness and this was copied after the F16 fighter gun sight because they knew that with all of the ducking and weaving that a fighter pilot would be engaging in that it’s impossible to have  your head completely still.  Just moving a half inch back and forth with iron sights means not having a sight picture or losing your target.   The batteries don’t run as long as a Trijicon SRS sight or the Aimpoint Patrol Rifle Optic, but it might be the best and fastest sighting system for you.