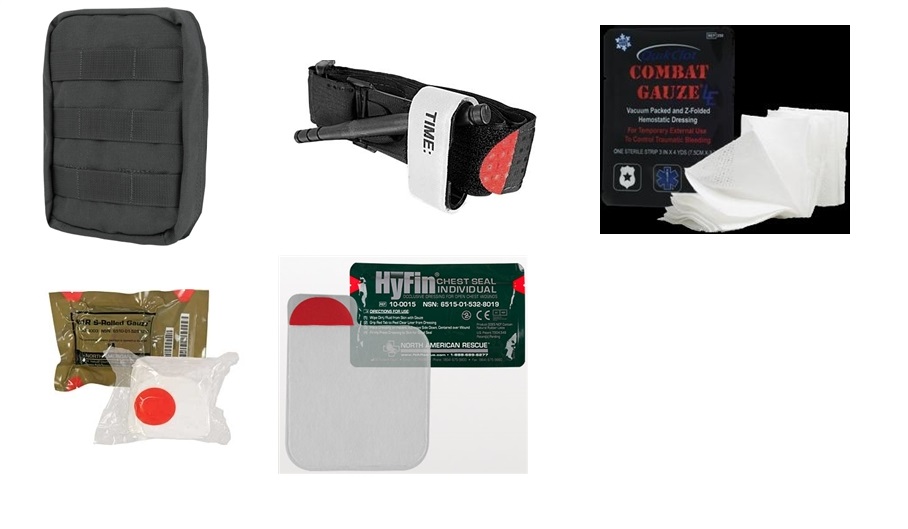 I recently heard about two accidental shootings, one during a SWAT training and one during a competition shooting event at My gun club last year.   The good thing about the SWAT training event was that there were SWAT medics on the scene and one of them told me that they needed two tourniquets to stop the bleeding after an Officer shot himself in the last when re-holstering his sidearm.  Now I keep two Tourniquets in my range bag.  The total cost of both of them a SWAT-T Tourniquet and a North American Rescue CAT Tourniquet.  There are different types of packaging for Quikclot but according to the people that use it there’s no practical difference between the Sport Quikclot and the Combat gauze.   They cost anywhere from $17 to $25 while the Combat Gauze is usually in the $30 range.

We are running a promo on some of the basic combat medical supplies and packing them ourselves to try and get our customer base, since the vast majority of them are around firearms, to spend $40-$80 on these basic life saving tools because stopping bleeding is not a hard thing to do anymore.  The vast majority of gun shot wounds are survivable due to recent technological improvements.  Last year, at my gun club during a 3 gun match, one of the people there shot himself in the foot.  Out of all of the people attending the match, only one person had an IFAK.  Those are pretty bad statistics and instead of 250rds of 45acp, maybe you should consider buying into this.