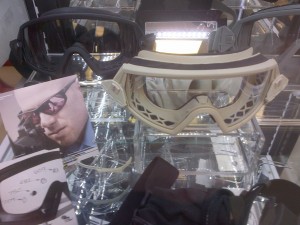 In our industry everything has it’s breaking point, your rifle barrel, your boots, your optic ect.   When people say a certain brand sucks, be very careful how you take that because on our side of the counter we see things break all the time.   The differences between footwear from brand to brand and durability might really be more about style rather than manufacturer.   We keep a pair of boots in our store to show people some of the bullshit that we hear when people say something sucks and it falls apart.   The boots are beat up looking, obviously water soaked and the stitching is coming apart.  These tactical boots look like they are 2 years old and have been beat to death.   The truth of the matter was it was a landscaper that used them in muddy environments and should have been wearing waterproof boots, when we called him out on it he said he could  only afford 1 pair of boots and didn’t want to have to switch back and forth.

Much of the same things happen with various gloves, frisk gloves, shooting gloves and hunting gloves.   Everyone has differences in their fingers and one brand might be tighter or loose in certain areas, the palms, or certain fingers.  If you are pulling in areas the glove isn’t designed to be pulled the stitching is going to break at certain points.  Another good example of this is with handcuffs.   A vast majority of handcuffs can actually be broken and there are many Special Forces personnel that train to learn the weak points in the hinges and over time all the twisting and binding will cause them to break, no need to picking locks.   If you do the same thing with your footwear, tactical pants, tactical shirts it’s going to tear.  There is a reason why a lot of tactical clothing companies are designing pants with gusseted crotches because of the way the human body moves and it’s not about stronger stitching it’s about why regularly designed pants just don’t cut it in the running and gunning world.