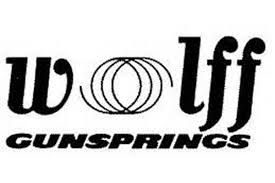 Much of firearm reliability is about the person operating it properly, gun lubrication, ammunition and magazines.    I would normally say that ammunition is extremely important because the cheaper stuff tends to run dirty and the longer a firearm runs dirty the more likely it is to have it jam. Lubrication is a close second but not all firearms need the same lubrication, I.E. bolt actions and lever actions.  I first found out about Wolff gun springs after one of my 1911s starting to have issues feeding.  Some of the rounds weren’t chambering all the way and it was primarily because the recoil spring was long overdue to be replaced, all parts will eventually break and wear out and there is always a point that you should just take the spring out and toss because it’s only a matter of time before it causes a malfunction.

Sometimes it pays to ask questions whenever you’re on a firing range with the guy that shows up with 3 or 4 1911 pistols and has target sights on his gun and does a lot of reloading.   He told me about Wolff gunsprings and I’ve never looked elsewhere for replacement springs.   They have a very large inventory for rifle and pistol recoil springs, hammer springs and magazine springs, from my experience most gun magazines can be fixed and not tossed away unless the magazine feed lips are fatigued.    Rotating your magazines and keeping a rough round count and replacing the magazine springs when you think you are getting to that point of malfunctions is called “proper firearm maintenance”.