Not every good idea can work and we’ve seen several discontinued shirts, pants and jackets in recent years that were good idea but they just didn’t sell.   When it comes to being able to find a stocking dealer for tactical pants that have a proven track record, you really can’t argue that the Tru Spec tactical pants are a very good pant for under $40.   We saw another tactical clothing company raise their prices on tactical clothing almost $10 a item and that really hurts in a bad economy.  The Tru Spec poly cotton rip stop tactical pants are very similar to the 5.11 tactical pants in regards to material, but have a very unique pocket design. 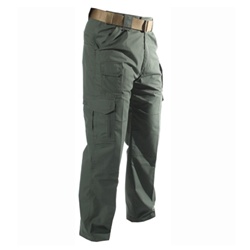 We’ve been very happy to see new products in our warehouse like the Blackhawk Lightweight tactical pants.   These tactical pants are very different from the 5.11 tactical pants like the Taclite pro pants.    5.11 has a large product line of tactical pants but there is plenty of room for innovation and improvements.   Water resistance is very important if you are going to be in rainy environments.  People can die by sleeping in environments where they never dry out and cold weather can eventually lead to death.   We always have a large customer base of people that are Law Enforcement or Military but also go hunting, and sometimes there is very little difference between the product lines.

It’s been a very mild Winter this year and hitting 70 degrees in March is a good sign that Winter is over.   About 19 years ago we had one of the biggest snow storms that has ever hit Pennsylvania and it’s nice that we’ve pretty past the period where snow storms usually hit.   Lots of winter clothing is going to be packed up and put in a closet soon because in these parts of the Country we can get all 4 seasons and Summers can be pretty hard for Law Enforcement because lightweight clothing is hard to find.   Everyone knows that a t-shirt is about as light as you can get but there are some tactical shirt options out there.

The Woolrich Elite lightweight tactical shirts in style 44914 are very popular with our Military Contractors because they need the lightweight material and still need sun protection.   The next biggest sellers are the tactical pants that are 100% cotton ripstop also and are the lightest tactical pants we sell.  The Woolrich Elite style 44441 pants and style 44447 pants have very different pocket designs, but we’ll see how well the Tru-Spec tactical pants compete with them this year.  The 5.11 tac lite pro pants are also a new product and we’ll watching our customer feedback.

We are going to be onboard with a major announcement about a 2 month sale on tru-spec 24/7 tactical pants.   Ever since Gunny signed on as the Official spokesperson for Tru-Spec we realized that the company really had some legs in the industry and due to customer responses, we decided to carry the line.  We’ve been in the tactical clothing business for a very long time and many people ask us about sizing questions.   We can tell you that if you wore Woolrich Elite or Eotac pants, that the Tru Spec pants that we have been wearing are all very consistent to that sizing.   I tried on Blackhawk, 5.11 tactical, Eotac, Woolrich Elite and others and there was a sizing variation.

If you wear 5.11 tac lite pro pants you won’t have a problem liking the Tru Spec tactical pants.  In our opinion Tru Spec actually lives up to their name and they have a very good style of tactical pants available.  We’re not  sure of the exact date of the Promo ad hitting but on April 1st through May 31st there will be a 15%-25% off sale on the Tru Spec 24-7 tactical pants.   I expect that inventories will be depleted around the Country by the middle of that promo so get in early if you can.   Khaki colors are usually the first to go and usually Black colors are next.

Now that 2012 is upon us we will begin our shift towards carrying more of the Woolrich Elite and Tru-Spec line.   Although we do carry some of the 5.11 tactical clothing, there is very much a demand for things other than 5.11.   Vertx pants are very nice but considering the price tag on the products it’s a little too much to dive into at this point.   We’re expecting consumer confidence to pick up once there are changes in Washington and we hope there are.   I would have to say that Tru-Spec and Vertx seem to have made the most traction in 2011 and we plan on riding that wave although the Woolrich Elite Chino pants are our favorite pant of the year.

We are making some major changes to the inventory that we are stocking and it’s time to clean house.  For a short time we have reduced the large quantity of Eotac tactical pants to $24.99 and making room for other things.   These pants are a fantastic deal and the designs were very well thought out although according to many of our customers the Woolrich Elite pants had a better durability a held up better after washing.   I personally  have seen very little sizing issues between Woolrich Elite, Eotac and Tru-Spec pants so it should be an easy adjustment for our customer base.

Everyone knows that tactical pants is a giveaway that you are carrying a gun, but black tactical clothing makes you look like a ninja or a bad guy.   There have been some tactical pants in a stone color which sold pretty well, but to each his own.   We were hoping there would be some changes to the lightweight line and have a gusseted crotch but I guess that won’t happen.   The Woolrich Elite line gets some of the least complaints and we’re always happen to not have to hear bad things from our customers about products.

If you are looking to become a serious shooter and looking to acquire the tactical gear that works for you, be real careful about all of the tactical gear that applies to Carbine Operators.   There is plenty of junk out there but even more importantly people get too much of the wrong stuff.   Now that Molle gear is all over the place, start off with a good Molle vest and only buy what you need.  After you run a Carbine course you’ll be better off starting light and adding on then starting off with tons of vests.

There are plenty of vest options out there but I prefer to stick to American made tactical gear anymore.  The Elite Survival Molle vest is under $100 and depending on the tactical pants that I am wearing, it’s more than enough versatility for me.  Sometimes it’s not all about packing on magazine pouches.  Considering the something like the Woolrich Elite Style 44447 pants can hold up to 6 30rd magpul pmags there isn’t much of need to carrying another 6-8 magazines on a vest.   I prefer to carry a sidearm on the leg which blocks up some of the pants usage but with a Molle vest you can always put  your sidearm on the vest.

Since there are so many types of tools and gear an individual can need these days, having clothing that get hold it is important, there is such a thing as zip off shirts and pants but the zipper locations tend to become uncomfortable especially in extreme temperatures.   Everyone has a different  type of cell  phone and cell phones are quickly replacing radios in many circumstances.   Having a pocket that is too large and allows too much movement of an object means that that item will most likely find a way to fall out.   Some tactical clothing if designed right, gives an operator wide range of movement and still securely stows and retains gear.

Just about every type of tactical pant out there has a picture somewhere that shows somebody putting a 20rd or 30rd magazine in a pocket.  Well from my experience tactical pants are rarely used for carrying rifle magazines, but some are specifically designed for this.   The best pant for storing M4 Carbine magazines is the Woolrich Elite lightweight tactical pant, but I will have to say that I wish the pant had a gussetted stitching.   While the pants are designed well, they do have a reputation for tear in some situations.

Some of the biggest sellers this year have been the new Woolrich Elite lightweight tactical shirts and the Blackhawk lightweight pants.   The reasons people want clothing like this aren’t always apparent.   We noticed that the majority of the lightweight tactical shirts we have been selling from Woolrich were the long sleeve shirts.  It seems that many of the troops or contractors in Iraq were wanted the long sleeve shirts to give them  sun protection but be 100% cotton rip stop, which is pretty much the only thing other than a t-shirt that does the job.

We’ve also noticed that Blackhawk tactical pants have gotten a lot of traction in the last year and seem to have moved into the top 3 selling tactical pants.   The reasons people want lightweight tactical pants are pretty much the same as the reasoning for long sleeve.   Bugs and vegetation can become just as much of a problem as sunburn and there are many environments were wearing shorts is absolutely not in consideration.   The Woolrich Elite lightweight pants are the lightest weight, but sometimes people want something that resists stains and does not wrinkle which gives Tru-Spec and Blackhawk the edge. 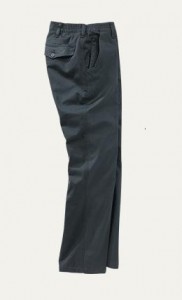 Now that Holiday Seasons are upon us it’s time to be dressed up and CCW becomes more of a chore.   I’m sure not all of us have to where suit and tie every time we go over a relatives house during this time of the year,  but not having to dump your CCW gear just because you can’t wear any of your tactical clothing is a good thing and right now, I’d have to say that only the Woolrich Elite Chino pants fit the bill.   On a recent visit to Church,  I was able to keep my car keys in the same area that I stowed a firearm and they were both in different pockets.   It’s up to the user to determine which of the hand pockets they want for each item, but this is real CCW.

I normally carry pepper spray, a knife and a flashlight as well as a firearm, but that can be dangerous or a headache if you aren’t wearing the right pants.   The Woolrich Elite chino pants are not tactical pants at all, and they look just like regular pants.  The only thing that I would suggest to do is  not keep a firearm in the zippered pocket because it can be hard to get out quickly, but that is up to the user to decide.   The small zipper is a much better idea that the now obsolete 4910 pants that had a large zipper with a piece of fabric that flapped like a flag in the wind.