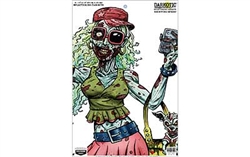 Sometimes training can be fun and all of this Zombie Apocalypse stuff can be used for good use.  Firearms are dangerous but so are many sports especially contact sports.   Some gun ranges ban silhouette targets because they don’t like the idea of having people on a firearm line and training to shoot human targets.  Well, in all honesty a balanced person shouldn’t have problems shooting at human like targets because that is most likely what a CCW licensed person would be defending themselves against.   The same ranges that ban silhouette targets might allow you to shoot at monsters and zombies.

Many gun clubs have IDPA or various competitions but the zombie shoots have caught on because can and are practical training excersises.   The are big differences in some of the zombie targets that we sell, some are animals and others look like zombie hoards about to attack you.   The best ones are the ones with the zombie attacking you with a weapon.   Knowing how to take down a zombie with a shot to the head or knowing you have the skills to shoot a specific area of the target under stress is real training.  You always save money on on targets when you buy bulk. 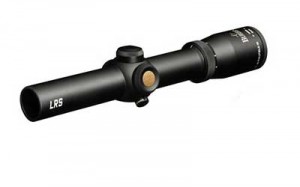 This weekend will be the 2nd Contagion Zombie shoot at the New Holland rifle and pistol club.   It often amazes me at the selection of firearms that you see at these events and one of the most common things I do see is an increase in the number of 45acp guns.   Shooting steel with 9mm guns can be a lower knock down rate.  It’s kind of funny how people say the energy is the same form a 124gr Nato round vs a 45acp, but when it comes to hitting steel, they are not the same.   The 45acp especially the 1911, Sig 220, Springfield XD and Glock 21 are the most common and every once in awhile we do see a few H&K firearms.

When it comes to shooting a 45acp,  I personally think American Eagle ball ammo is probable the best round to carry, even though some may say that HP ammunition has improved so much that it’s a better option.   I have never felt like carrying ball ammunition in Wilson Combat Magazines meant that I was going to be punching holes through every wall in the house because from my experience the 45acp does not penetrate as much as the 9mm ball ammunition.  There are so many 1911 guns out there that I could not say that the 1911 is a dated firearm that can not handle various types of ammunition, but you do have to be careful about the GI versions of the gun and hollow point ammunition.

Come out and see us at the New Holland gun club this Saturday.   We will be bringing a small sample of our inventory including Original Swat boots, tactical gear, gun magazines, tactical apparel, Smith Optics Elite and ballistic eyewear.   There is always a very limited amount of gear we can bring but its a fun chance to meet our customers face to face and show our face at one of the best gun clubs in Southeast Pennsylvania.

We will be bringing in a large amount of gun accessories, but we will also be sponsoring the Contagion 2011.   We are one of the largest tactical clothing suppliers and tactical pants and tactical eyewear suppliers in Pennsylvania and we will be announcing our new tactical gear shop in the coming weeks.  Come out and see us at this Zombie shoot and have some fun walking the grounds at the New Holland gun club.