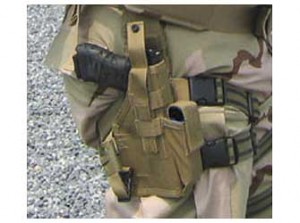 This week I got an email from an ammunition manufacturer that made me smile.   He was selling Russian 7.62×39 ammo for $209 per 100rds.   I haven’t seen that price since before the Obama election.   It seems that a bad economy and high unemployment is having an impact on the consumption of ammo buying.   I didn’t get caught up in the panic buying because in my opinion, I never thought that 1000rds of any kind of rifle or pistol ammunition should cost as much of the frickin gun.   I remember the days of $79 Wolf ammo and IMHO we are going to go back to that as long as there is not another major upheaval.

I wouldn’t rule out problems coming before the November election given the types of Politicians we have running the Country, and as they slowly run the economy into the ground, there may be people that might run out and panic buy, but other than that, most of the Country knows not to push any crazy anti gun agendas given past repurcussions, Politically, for doing so.  I strongly suggest bringing cash to Texas Gun Shows in your area and look and see what kind of ammo you can pick up for a good price.   Ammo prices are on their way down and you may run across some really good deals.