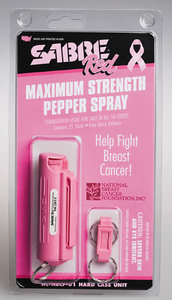 This is the time of  year, every year, that we get parents coming into our store looking for some form of pepper sprays.   Many of  the local Police Departments send people to our store.  CCW has it’s time and place, but Dorm Rooms and firearms aren’t a good idea if you ask me.   Recently there was an investigation opened up by the Department of Education about the Colleges that may have been covering up some of the sexual assault statistics and other crimes that occur on College Campuses and right off of the Campuses.  Several of those were right here in the Philadelphia as well as all over the Country.  The truth of the matter is that it does happen, and sexual assaults are probable one of those crimes that is under reported.   You do have to blame the parents for not educating their kids about situational awareness, and how to avoid getting into bad situations.

One of the problems we have seen in regards to this are that some people just don’t like the idea of defending themselves, just buying your daughter Sabre Defense Pepper Sprays and not teaching her how to deploy it properly isn’t a good idea.   We often explain to parents how to use the simple keychain style because many are somewhat familiar with it, but it’s not really the best choice.  I’m personally not a big fan of tasers because I don’t like the idea of having to get that close to someone.    There are plenty of manufacturers that have Youtube videos of how to properly use their products so once you purchase something for a family member, make sure you sit them down and explain it to them, maybe buy 2 devices and or a training one just so they have some level of training.