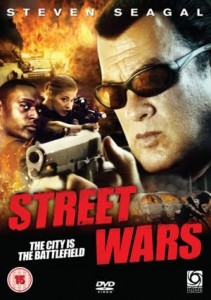 Sure thinks like Opium, Ayahuasca and Marijuana have been for a long, long time, and they are very well embedded into different cultures, for Religious experious, cultural rituals or just because it feels good and a society has accepted it.  You can always weight the tolerances on morality and different belief systems but in America, sometimes its just because people want the experience.   There is a certain point people have to make decisions for themselves and from an adult/parent point of view, I hope none of my kids are dumb enough to take something off the street that manufactured by somebody working in a lab out of their basement.  The reality of what goes on at Certain Colleges, especially the whole “Rave” thing is almost a survival of the fittest and from a Law Enforcement point of view it’s extremely disturbing to see these young beautiful women caving in to this environment and after talking to so many in Emergency Services about the growing problems.   The New Voltage Pictures  Steven Seagul Red Box Action/Crime movie,  gets into what is really going on with how drug operations are, with bad heroin, ecstasy ect.   To be a Cop these days and realize you can only get so far down the chain, most of the time, to shutdown drug operations is a sad reality and it’s more like “whack a mole” because the chain usually goes further. Steven Seagul Action Movies Street Wars Trailer

Cop movies use to be about bank robbers and the Mafias or a syndicate, but shows like “Breaking Bad” kind of shocked people because it’s rare that people understand that so many of the drugs, like Crystal Meth or even Ecstasy, are made in a Lab in someones home and the occasional “bad dope” gets a news story because of all the deaths that hospitals report, and the sick thing is sometimes, many times, it’s all part of the drug operations game plan.   Steven Seagul is back as Elijah Kane in the next part of the True Justice Series called “Street Wars”  I picked up late in the series but have been on-board and looking forward to the June 3rd release of “Street Wars” on RedBox.   Redbox is all over the place and sometimes a better “movie night” option than what you are limited to on your FIOS or Comcast Cable networks.

In “Street Wars” Elijah Kane picks up the trail of drug operation after a fatality at a Rave Club and his department is sent to investigate.   With so many that are in the drug culture,  there’s a segment that like the party life, and don’t feel involved with the violence and brutality of what drugs, money and greed brings out in people.  Elijah Kane is the Action Hero not afraid to wield a Benelli M4 Shotgun or take the bad guys down with his bare hands and the tough Female Cop Co-Stars-  Meghan Ory ( Juliet Saunders) and Sarah Lind (Sarah Montgomery)  have gun fight scenes with Glocks, H&K MP5s which looked decked out with Trijicon ACOGS  and look like TA01 models, while battling and fighting the bad guys while  Elijah Kane beguns uncovering and shutting down a far reaching opration that may lead back to dirty cop in his Cities Police Department.   I’m noticing lots of equipment changes and firearms added into the “Street Wars” action but as an action Movie Buff and Law Enforcement Industry worker I’m entertained.