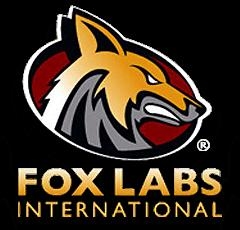 There are a lot of different options out there for less lethal devices,  I’m more in the pepper spray camp than the taser be a little too expensive or too much of a hassle.  The idea of spending $600 on a taser instead of buying a new Glock for self defense isn’t my idea of spending money wisely and really more of a Law Enforcement device than a Civilian option.  Some of those hand held tasers where you have to walk up to someone isn’t a good tactic in the real world.  Distance is always a better option in every defensive scenario.   As someone who had to be certified to carry pepper spray, I’ve had some of this stuff tested on me and been in rooms where it was used and went home with varying degrees of fallout.

Pepper sprays can get real sloppy if not used properly and I think there are not enough guys out there teaching their girlfriends or wives how to use it.  I often ask the women who tell me they carry the keychain products if they know how to deploy it and probable 75% don’t know to aim for the eyes.  Other little things to know about pepper sprays is that they expire and all also need to be shaken from time to time.   I think Fox Labs pepper sprays in the Stream pattern are the most versatile and fog really isn’t good for anything but multiple attackers and best for crowd control, but you better make sure you know which way the wind is blowing.  The Cone pepper sprays are pretty much in the Fog category and doesn’t make much difference to me.  Foam pepper sprays are best left for club bouncers or security officers because a well trained criminal is going to know that if they get hit in the face with a Foam agent, all they have to do is scrape it off and throw it back at  you.