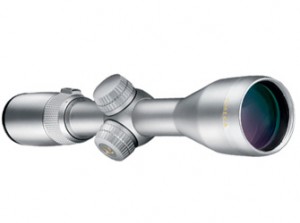 Removing dust and debris from the interior helps to rid the lens of unnecessary obstructions. Begin by dismounting the screws that are attaching the scope to the rifle – but be sure to use a properly sized screwdriver. From there, you can use an optical cleaning wipe or some fluids and cloths from a specifically designed kit. When the scope is remounted, you should notice a marked improvement, which will improve your marksmanship.

It’s certainly no secret that a scope vastly improves a hunter’s ability to zero in on potential prey. In order to squeeze off the best shot, accuracy and precision need to be optimized. All too often, hunters align their rifle scopes and then proceed to forget about basic maintenance procedures. With some minimum care and effort, you can keep your scope in pristine condition for years to come.

Many hunters select their weapon of choice based on its reputation for accuracy. No rifle can boast perfect accuracy, but all gun manufacturers strive to minimize the potential for error. Accuracy is most commonly measured in terms of bullet trajectory, also referred to as minute of angle.

Minute of angle measures the exact amount, in degrees, that the bullets are tugged down from their original target. Gravity begins to affect a bullet’s path the instant it leaves the gun barrel.. However slightly, the bullets are being tugged down toward earth in a rainbow shape. One of the best ways to account for this is by using quality tactical rifle scopes.

Getting up close and personal to wildlife is always exciting, but campers have to be careful that they don’t tread too closely. You don’t ever want to interact too directly with wildlife for the sake of you and the animal itself. For your safety, you must always remember that wild animals are just that-wild. They can act in unpredictable ways, and that includes attacking without notice. Keep your distance for this reason alone. And also don’t forget to keep the safety of the animals in mind as well.

Animals that learn not to fear humans are more likely to be picked off my hunters or predators. Also, feeding animals is also something that should never be done. Wild animals can grow dependent on humans as a food resource and simply forget how to find food on their own. For all these reasons, all wildlife is best viewed through a high quality pair of binoculars. Whether you’re interested in sighting birds or larger animals, look into any number of binocular brands. There are plenty available, so you’re sure to find the pair that’s right for you whether that’s Burris binoculars or Zeiss binoculars. 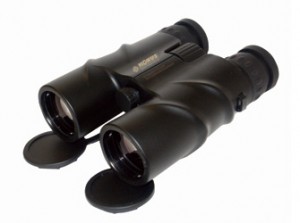 My grandmother got me interested in bird watching at a young age by taking me to monthly meetings of the Audubon Society. As much as I enjoyed the tales of guest speakers and the frequent potluck dinners, nothing compared to getting out in the field and spying a new bird for the first time. I came to look forward to winter because it meant the annual Christmas bird count.

I would wake up early Saturday morning, put on some warm clothes and pull my trusty pair of Konus binoculars out of a desk drawer. Then grandma and I would inspect the backyard feeders for signs of life. Moving beyond our own house, we ventured along the river and through some nearby parks. My greatest find was a bufflehead duck diving in the icy river with its distinctive markings on full display.

For a successful hunting trip, it’s imperative that you have all the necessary hunting gear. If you’re spending multiple days on your particular trip, the most important items are the proper clothing, your gun, and all your camping gear, which can include sleeping bag, tent, and camping cookware. But once all these basics are covered, there is an entire world of hunting extras and secondary accessories that will serve to make your trip more successful and more pleasant.

To that end, there is a huge variety of rifle accessories on the market. One of the most useful accessories is a tactical gun case. These padded cases will help ensure that your gun is safely packed for travel and storing. There are also a number of flashlight mounts, which attach directly to the rifle and allow you to place a light on the gun itself. Increasing your visibility at night or in other low light situations, this accessory can actually improve your chance at landing that big score. 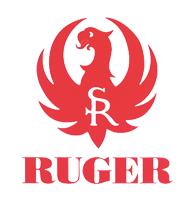 Sturm, Ruger & Company was founded by William B. Ruger and Alexander McCormick Sturm in 1949 in a small rented machine shop in Southport, Connecticut. Just prior to their partnership, Bill Ruger had successfully duplicated two Baby Nambu pistols in his garage, from a captured Nambu that he acquired from a returning US Marine, at the close of WWII. Although deciding against marketing the Nambu pistols, he incorporated the Nambu’s rear style cocking device and a modified Nambu’s silhouette into their first commercially produced .22 caliber pistol, which became so successful that it launched the entire company. Ruger firearms are the nation’s fourth largest firearms manufacturer, and the only one producing firearms in all four market segments: rifles, shotguns, pistols, and revolvers.

Ruger is a dominant player in the .22 rimfire rifle market in the U.S. with its Ruger 10/22. The 10/22 is popular due to being relatively inexpensive and of good quality as well as the wealth of aftermarket accessories and parts available for it. In fact, it’s possible to build a 10/22 using only aftermarket parts, several of which are marketed to target shooters at prices starting at approximately $1000.

Ruger similarly dominates the .22 rimfire semiauto pistol market with the Ruger MK II and Ruger MK III. Like the 10/22, the MkII is extremely well supported with a variety of good aftermarket accessories.  The Ruger pistols are amongst the most popular.

Sturm, Ruger stock has been publicly traded since 1969, and became a New York Stock Exchange company in 1990.Â  After Alex Sturm’s death in 1951. William B. Ruger continued to direct the company until his death in 2002. 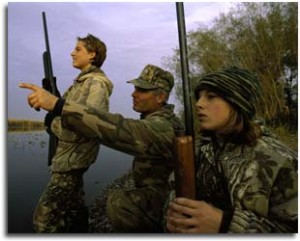 Hunting an elusive species of animal can be highly enjoyable and add a certain thrill absent in the hunt of more common game. To make your elusive game hunt as successful as possible, there are a few pieces of equipment you will need in addition to the standard hunting gear. For spotting game, you will need a pair of quality long range binoculars, like Burris binoculars.

You will also want scent dampening clothing, as species of elusive game often have keen senses of smell. Riflescopes or spotting scopes are necessary for accuracy and for quick shots on moving targets. Ensure you observe the standard rules of hunting including reflective clothing, and a hunting buddy or at least in depth notification of your location and where you will be at specific times.

If you’re an avid birdwatcher, it’s imperative that you have the best binoculars at your disposal. After all, if you choose the best, you’ll be able to view the birds and other wildlife in the greatest detail. That’s why every binocular purchase should take the following characteristics into consideration. For one, the binoculars have to be lightweight and comfortable for the user. If they don’t feel comfortable, they aren’t likely to be used.

You’ll also want to ensure that your binoculars, whether they’re Nikon binoculars or Bushnell binoculars, have the appropriate amount of zoom for you. You don’t want to end up buying something with far too short of a range, because then you’ll never get a chance to really view the birds and other animals you’re interested in seeing. But you also don’t want to choose something that’s too advanced. If you never use those features, it will just end up being a waste of the extra money. 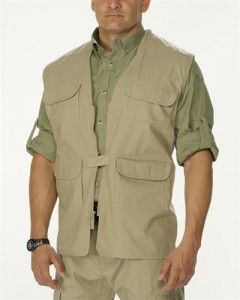 Though most people wouldn’t consider this an option, it’s pertinent to use some of the same equipment police and law enforcement use for civil defense for hunting expeditions. Gear like rifle bags, holsters, duffels, and multi-packs can make great additions to a hunting equipment repertoire.  For example, using a rifle bag to store your hunting rifles and ammunition provides easy access, and keeps your equipment safe and organized when not in use.  In addition, most tactical gear has a multitude of pockets and pouches that can be used to store other essential hunting equipment like scent maskers, compasses, flashlights, and animal calling instruments.

You won’t find tactical gear in most stores, but it’s available from several online vendors, and makes an excellent addition to a hunting set.  In some cases it can work even better than the equipment hunting manufacturers make! 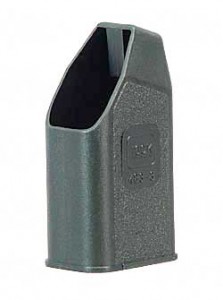 When I’m firing my Glock at a target, it pays to be able to reload in a quick, effortless manner. A speed loader handles what would otherwise be a time-consuming chore in a matter of seconds. If you translate this concept to a real-life combat situation, a few seconds could mean the difference between life and death. When it’s just you and the enemy, mano a mano, you’ll want to gain the upper hand with advanced technology.

When training for a tactical combat situation, you’ll find that speed and efficiency are crucial to success. Physical fitness and mental preparedness can give you a decided advantage over your enemies, but a helping hand from advanced technology never hurts either. In my experience, I’ve found speed loaders to be an essential tool for putting me in the upper echelon of tactical simulation participants.