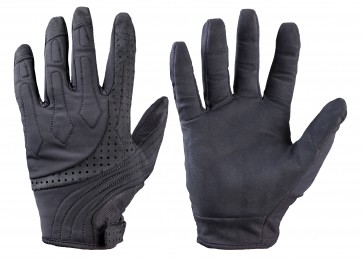 After several years of working in the Private Security field and dealing with Law Enforcement, one thing we have learned it many people don’t understand how to use their products or gear properly.  I’m reminded of a Clint Smith quote in one of of his Rifle Training videos about “not rackin it, and slapping it, Vietnam style” in reference to the proper way to drop a bolt on an AR.   Guys come in here thinking you can use molle pouches on a belt and then come in complaining how it’s not working and we’re like “its for a molle vest not a belt” and we get an “oh”.    Frisk Gloves are meant for frisking,  Turtleskin Gloves are meant for need protection and slash resistance, not shoveling the snow or going to the shooting range.   They should have a shelf life much longer than latex gloves, but don’t expect them to last forever, remember body armor usually is expired in 5yrs for a reason.

The most popular seller in the last 4 years are the Turtleskin Bravo Gloves, these have more of a patrolman’s glove and are very lightweight and easy to shove in your pockets without a lot of bulk.   There are some other gloves out that customers have told us about but we’ve done extremely well with Turtleskin Gloves.   This company makes space suits so puncture resistance is something they really care about.   Just like most Level II and Level IIIA body armor these gloves are resistant, not stab proof.   You still have to know how to search properly and know all of the angles of your hand and they way things can be hidden in pockets.  We offer bulk discounts on these as well as department discounts based on volume 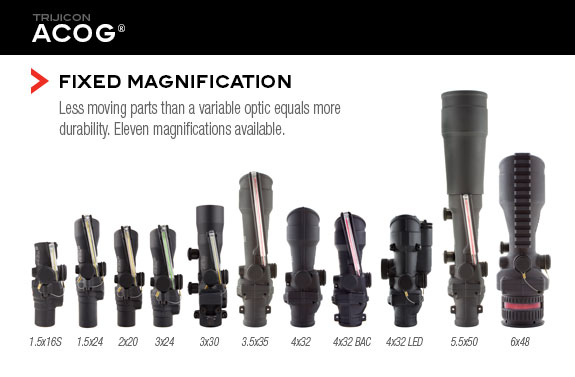 Well if there is an optic that many “dream about” but never can afford, that dream is $150 cheaper.   Due to Trijicons strict MAP (minimum advertising price) for dealers, you’ll find that not many people list it below MAP price, and I can assure you if they are, they are not a direct dealer because Trijicon will revoke their dealership for doing that.   The ACOG is one of those optics that probable is designed exactly for an M16 and was the first optic I’ve ever used that had point of impact estimations.  You will want to make sure you are getting the optic that fits the bullets you are shooting because some of setup for 55FMJ and others are 62gr SCBT.   There is also, specifically 300 Blackout ACOGS.

We usually do price negotiations and cash discounts on Trijicon Optics because the MAP pricing is a little higher than what most people expect.  You can usually get $75-$100 off MAP from us and now with the Trijicon ACOGS having a $150 rebate from Trijicon Inc, you are getting about $250 off the MAP pricing.  Keep in mind that the ACOG is one of the most copied optics on the black market and there are plenty of people that tell us idiot stories about how they know someone that got one for $350 or $500 NIB.   If you are dumb enough to “NOT” know that you are never going to get an ACOG that cheap NIB unless it was an Estate Sale, this $150 rebate is about the best thing you will ever get other than a used one.  Give us a call or email us for our best pricing.

That’s about how long I’ve been using Wilson Combat Magazines with my 1911’s, and after 20yrs I’m sticking with them.   I have never felt the need to use 7rd magazines, nor have I felt that the 10rd extended magazines were of any use to me.   I’ve been running and gunning the 8rd Wilson Combat magazines with very few issues.   The truth of the matter is I’ve run some of these magazines long enough for springs needing to be replaced and all of the springs replaced in my 1911s.    Everything in the firearms industry wears out and breaks at some point, it’s just how long it runs and what it’s failure points are.

There is always somebody new to the world of 1911s and you don’t always have to buy a high end 1911 to have a reliable one.   I’ve shot 185gr 45acp FMJ and 185gr hollow points, 230gr RN and 230gr HP rounds in my 1911s.   I’ve done barrel throating and polishing of feed ramps and got good results and I’ve seen the difference my guns jamming with hollow point ammunition when using USGI mags, and the same ammo NOT jamming with my Wilson Combat Magazines.   Most people using the extended 10rd magazines are using them for competition shooting sports. 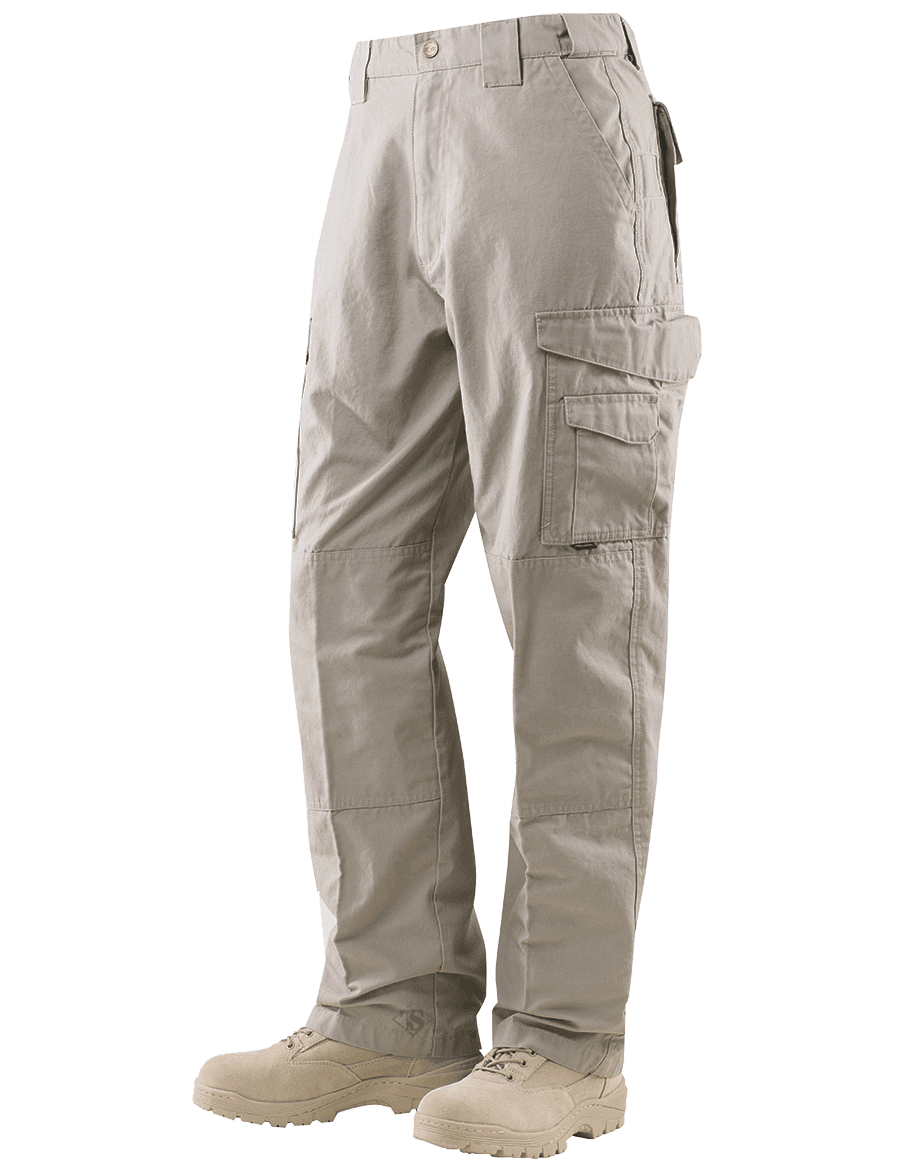 The weather patterns across the United States varies.   Here in the Northeast we get 4-6 seasons.   Most operators are wearing lightweight clothing because they are moving all the time and sweating.   There are big differences in all the materials  used in various tactical pants but the most common is 65/35 polyester/cotton ripstop.   While I can tell you why it is the most common, it is not the most popular because it does not have the best reputation of being all that lightweight in 85F and up temperatures.  It is an easy maintenance pant that doesn’t wrinkle like some other fabrics and it’s also very resistant to absorbing moisture.  Tru-Spec pants can be made from varying types of polyester cotton ripstop, 100% nylon, 100% cotton and cotton canvas and lycra.

When the temperatures drop up here, the Tru-Spec original pant is an easy switch over because the pocket patterns are identical to the polyester cotton ripstop but the material is heavier and warmer.   If you are out on the range from October-March here in Pennsylvania, the last thing you want to wear is ripstop pants.  You’ll feel that cold wind blow right through you on the course.   If you are running and gunning and stop for long periods of time that’s when you’ll wish you had the Tru-Spec pants in 8.5oz Cotton Canvas. 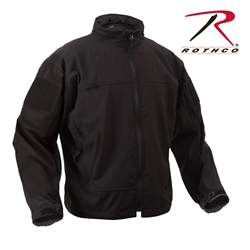 We have been very new to the Rothco product line, but they have been around a very long time and have a very good presence on social media and are very good at marketing their product.   We jumped onboard early in 2017 with the product line and found that it has filled a niche.   There are always different levels of durability and quality, but some people want to buy what they can afford.  When it comes to Rothco Jackets, they have a lot of Military, Tactical and CCW options.  We’ve search around the web for IDPA vests, and Rothco has them,  and have been trying to fill the void on a lot of other outerwear.   Online  you can always find plenty of options, but with clothing, you never know how it is going to fit you and how heavy it is.   Most men we deal with have no idea about product materials, but they know what they like when they feel it.

Most people have moved away from the idea of needing a Han Solo winter jacket, and Soft Shell Jackets are very common.   There are huge differences in fit between Condor Soft Shells, Tru-Spec Softshells and 5.11 Tactical Softshells.   You might see 40% differences in prices and if you don’t think you need to spend that much, then don’t.   I think Rothco could afford to put better zippers on some of their products but we have been extremely happy with our customer responses for Rothco Jackets, they buy them because they can afford them.   There are several Vintage Military Styles, M-65 and Bomber Jackets and Flight Jackets.