All posts in Less Lethal

I recently spoke to a friend who manages a gun shop.   We had a discussion about taking new shooters to the range and trying to break people in to not having a fear of having a firearm in their home.   I know of several family members who normally vote Democrat in National elections that all said that they thought about the fact that they did not have access to firearms if something like that ever ocurred in their hometown.    The idea of having extra food in the house before a snow storm isn’t paranoid, the idea of having smoke detectors in the home incase of fire is being paranoid, is having the ability to put out a fire in your house crazy when you can just let the fire company do it?   What about having some level of defense in  your home if some drunk shows up at your door at 2am or your husbands employee that was just fired wants to make an unexpected visit?

I never pressure people into owning firearms.   I always let that decision fall on the person buying a gun.   My job is to show them that having a firearm in their hands should be something that gives them confidence.   I’ve seen my share of CCW holders that I would not want to stand next to on a firing line due to poor firearm safety skills, so someone is going to have to put some time in to train with me before I tell them I think they are ready to carry one.   One thing I have heard several times recently is that somebody has a wife that says ” I will never have a gun in my home”.   I understand that, that is a mindset that probable can’t be negotiated with, but one thing I am not sympathetic to is any person with a family that does not have some defensive measures in place.   Guns are a lethal weapon that in untrained hands can be a hazard, and there are several other things that any Father or Mother should know are around to be used as weapons.    Kimber Guardian Angel, Tazers, Baseball bats, and last but not least, CO2 fire extinguishers can also be very effective.   If a women won’t consider having items like that around for self defense, I’m all for an annulment.

If you are looking to carry mace or pepper spray, I would absolutely have to urge you to do some research on the Kimber Guardian Angels also known as the Life Act.    At first you might get sticker shock, and I think you may want to consider buying 2 of them and test firing 1 of them before you really get comfortable carrying one.   I’ve earned my merit badges in seeing evil in the world I know walking around with the smallest pepper spray bottle to fend off a potential rapist, robber, or worse isn’t going to give you much of an edge.   There are many reasons to consider carrying a less lethal defensive measure.   You can blast someone with something like this without much of a worry about legal ramifications.   I’ve seen pepper spray used against 0bnoxious drunks which in my opinion were justified.

Why is the Kimber Guardian Angel a good choose over bottled pepper sprays?   I’m not sure if there is anything else as innovative as the Kimber Guardian, but if there is feel free to fill me in on it.   Bottled defensive measures have 2 flaws for the most part.   Number one is that you are going to have to figure out which end is the one to point it when in a hostile situation and the other is the shelf life of the product.   The Kimber is easy to point and you will know in micro seconds which end to point at  your attacker.   There is a safety mechanism that prevents accidental discharge which is something that does occur with the flip tabs that bottle sprays have.   The Kimber Guardian Angel will fit comfortable in most 5.11 Tactical, Woolrich Elite Series or Eotac front pockets.  The Kimber also has a shelf life of over 2yrs and if you are buying bottle mace every year, the Kimber costs you only $20 a year for 2yrs to help  you not get that $40 sticker shock. 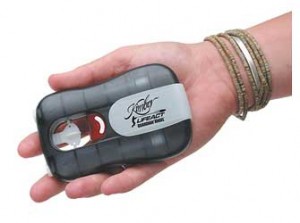 You may seriously want to consider looking into some of the modern less-lethal options.   After spending many years on the firing line, in professional situations and in casual environments, I’ve seen plenty of people pushed into firing guns that they did not feel comfortable shooting and even a handful of  people that probable shouldn’t be on the firing line.  I believe most of our population can handle some level of firearm proficiency, but I strongly recommend against pushing carrying firearms for novice gun owners.     There are always variables we can argue about, but if I knew someone that was working late nights as a waitress or working at a bar, I would not pressure them to carry a gun if they did not have the training to use it.
The point of this discussion is a firearm should be a deterent, pulling  a gun on a robber doesn’t give you the right to shoot them, but it will stop a crime, if you’re dealing with a weak individual that couldn’t handle the stress of the situation, the gun they are carrying may end up being used against them.   One point I constantly push when discussiong CCW is that firearms, especially handguns, are not going to stop someone in their tracks.   They may bleed all over you and use the last round in your chamber on YOU if you aren’t prepared to deal with it.    There are many less-lethal weapons like Tasers and Kimber Guardian Angels that take very little training and may actually be more effective and have fewer legal liabilities if used.

There area a lot of good upgrades one can do to a firearm, a fighting rifle should be customized to fit an operator.  Advanced Technology makes some quick and easy upgrades for your shotgun or carbine that can give you better grip or balance.  Shotgun shell holders on the buttstock or riding side saddle is a practical tactical upgrade you can do on your remington 870.  The fiberforce stock for the MAK90 is a way to legally get around some firearm bans and are a big step up compared to the stupid thumbhole stocks.    Attach a rifle sling that fits yoru purpose from Blue Force Gear, they come in 1 point, 2 point and 3 point attachements. Minor firearm modifications make need to be done to attache rifle slings, but do some research on various rifle sling configurations to see what works for you.

We’ve all seen the massive accessorizing of firearms in recent years.   Firearms likes SKS rifle and Mini 14s are not immune to the firearm attachements and modifications that have run rampant in the AR15 community.   In my opinion, there are a lot of firearm owners out there that had their Legos taken away from them and they brought that mindset into gun accessorizing and tactical gear stockpiling.    That’s about as harsh as I can be about why people do what they do to their firearms, but some of it is for hobbie reasons, some for practical reasons, and some because people have the obsessive compulsive behavior of needing to spend money.

The Kimber Guardian Angel can clip on to your belt, pants or purse.   The Guardian Angel shoots a burst at over 90mpg.  Effects can disable an aggressor for 30-40 minutes.

The Kimber Guardian Angel is a two shot burst of a powerful OC mixture capable of incapacitating an attacker for up to 45 minutes. This unit is not reusable. Once both shots are discharged, the unit should be properly disposed of. 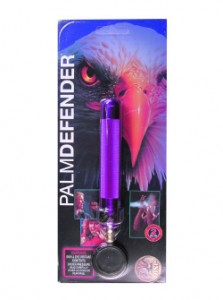 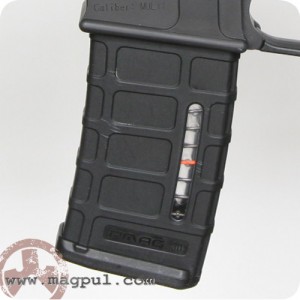 We also offer the renowned Eotac-Elite Operator Tactical apparel, with clothing options ranging from short and log sleeved shirts to tactical vests and field jackets. Find the best tactical apparel and equipment all in one place!

Welcome to RogueElite.net, the online source for tactical apparel and equipment. We offer products for self defense, tactical simulation, and hunting at affordable prices. Browse our extensive Tactical Gear selection of accessories including binoculars, flashlights, gun cases, rifle scopes, targets, and tactical knives.