Galco International was founded by Richard N. Gallagher in 1969 as a small family business in Chicago, Illinois. Known then as “The Original Jackass Leather Company,” Gallagher specialized in holsters constructed of horsehide. 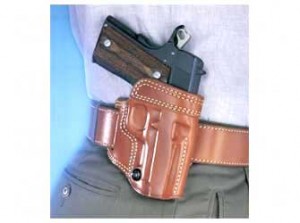 In 1980 the name of the company was changed to Galco International, and in 1983 the business was moved from Chicago to its present home in Phoenix, Arizona.  Galco Holsters. Already famous for high quality and innovative designs, Galco gained worldwide notoriety when the Jackass shoulder system became a “recurring character” on the popular 1980’s TV series Miami Vice. In the new century, Galco continues to be a favorite choice of Hollywood, appearing in more films and TV shows than any other holster maker.